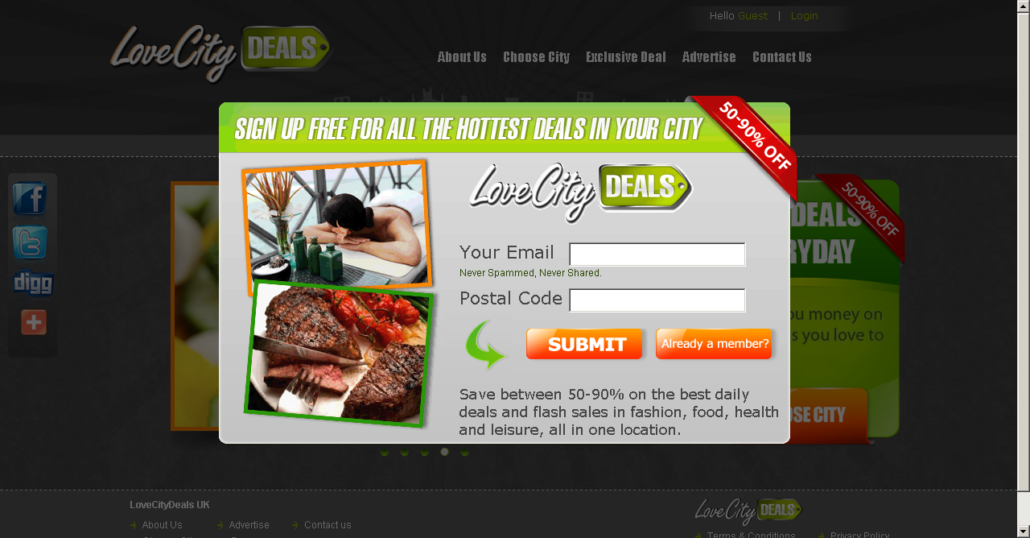 This is a design that was done back in the day when Daily Deals websites were a relatively new phenomenon. I like this design although you can see that it is dated from the 3D effects and the many colour fills used.

The trend now is very much towards flat images.

At the back of this design was a lot of automation that posted city deals from several suppliers into the website each day and automatically emailed a newsletter containing relevant deals. Of course all these things are a lot easier now with Mailchimp etc – but then the capability had to be hard coded.

Our code was eventually resold on to what was then a major new supplier of Daily Deals in Scotland – although I can’t say who!